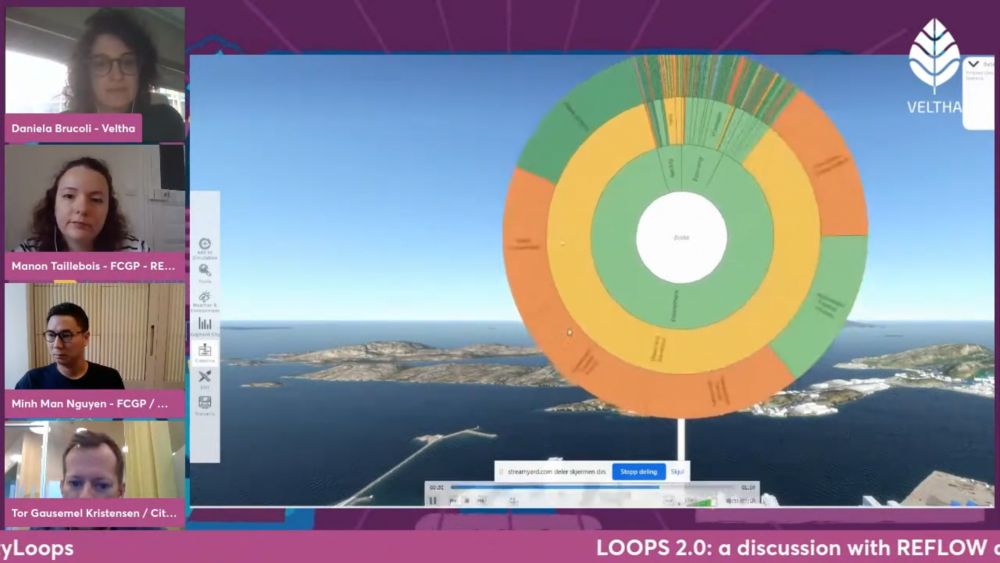 The seventh episode of the LOOPS webinar series, organised by Veltha, focused on UrbanTransformation and featured a discussion between H2020 projects CityLoops and Reflow. On behalf of CityLoops Tor Kristensen discussed the ‘New City, New Aiport’ project that is the focus of the city of Bodø’s work in CityLoops. Minh Man Nguyen and Manon Tallebois from Reflow Paris discussed how the city is working with circular wood. These presentations were followed by a Q&A session in which the projects talked about their use of data.

In CityLoops, Bodø is demolishing its old military airport and building a new part of the city in the area that will be cleared. In addition, a new civilian airport will be built in a different part of the city. That gives the ity a good opportunity for a series of on-site demonstration actions related to making its Construction and Demolition waste stream more circular.

Kristensen’s presentation focused mainly on the role of data, citizen engagement and sustainable procurement in Bodø’s demonstration actions and how a digital twin helps visualize the work the city is doing. The digital twin helps the city understand how much emissions it can save under different scenarios and give it a better idea of where they perform well and where they can improve.

Reflow’s speakers presented a number of the instruments that the project is developing to make wood waste more circular. They include a smart device composed of a computer and a 3D-scanning system and coupled to database that allows the digitization of reused materials, a methodology for material flow analysis, an incubation programme for entrepreneur, and a label to promote and support the re-use of local manufacturing actors.

The full webinar can be viewed here.